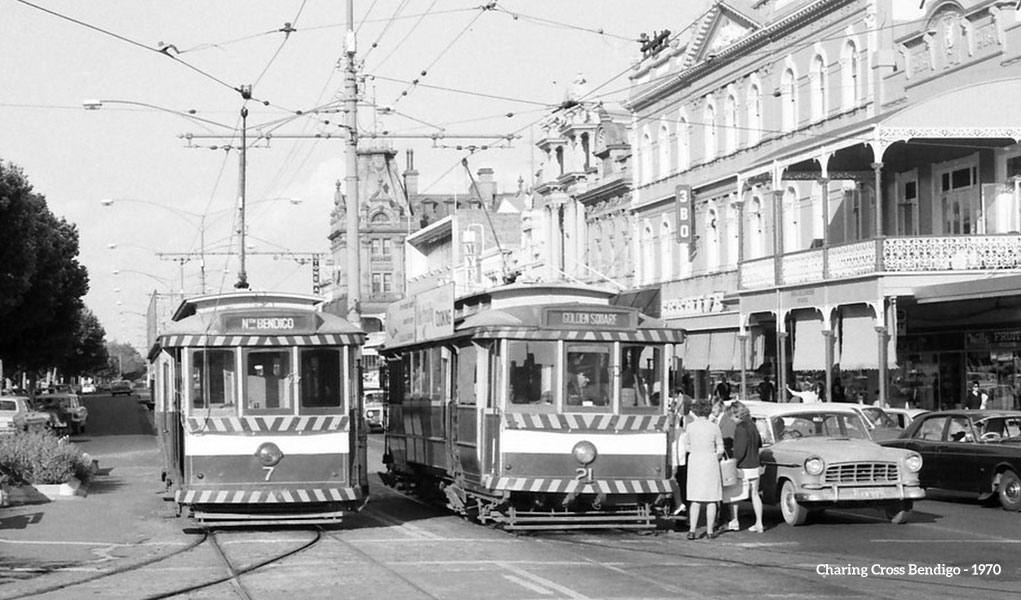 On Saturday 9 December we launched Tram No. 7, a 102-year-old-tram, back into service thanks to a crowdfunding campaign which raised over $35,000 towards its restoration.

Tram No. 7 is a J-Class tram that was originally built in Sydney by the Meadowbank Manufacturing Company in 1915 for the Prahran and Malvern Tramways Trust. After being sold to the Electric Supply Company of Victoria in the 1930s, it operated in Ballarat until it was transferred to Bendigo in 1960, operating as public transport until 1972.

After 45 years out of service, we launched a crowdfunding campaign at the end of 2016 with a hugely popular video that featured our staff and volunteers.

The campaign included the opportunity to donate for perks such as a collectors six pack of beer with specially designed labels, having your name on a plaque of a seat, driver's cabin or controller and having your name etched onto a window.

Donors used the opportunity to remember their parents and grandparents who used to be employed at the tramways, by dedicating a part of the tram to them. One plaque reads: "Dedicated in memory of Hugh McKenzie Harvey 1906-1996. 'Hughie' (Badge No. 2) was a tram driver in Bendigo for 40 years! He concluded his career by driving the last public transport service from Golden Square in 1972. A very proud trammie!"

The campaign was so successful that Museums Australia awarded us Medium Museum of the Year for involving people and communities at the 2017 Victorian Museum Awards.

The judges commented, "How much fun is this? The crowdfunding video says it all, and most importantly shows just how much fun the team at Bendigo Tramways had doing it. Proactive, brave and inclusive – they took a risk with crowd funding, embraced the technology and utilised social media to get the community on board. It all works, demonstrating that a strong vision, good planning and great storytelling is a winning formula."

The restoration is a testament to our workshop crew

Creating living pieces of history is what our Heritage Rail Workshop specialise in. Our workshop is supported by a passionate team of paid and volunteer tradesmen with skills in Carpentry, Engineering, Painting and Upholstery.

Press play to have a look at the restoration process ...

We are thrilled that Tram No. 7 has joined our fleet of iconic Vintage Talking Trams and is a representation of the generosity of so many people within our community. 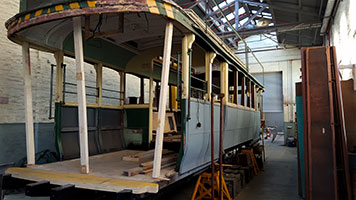 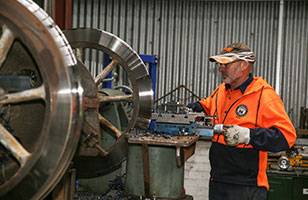 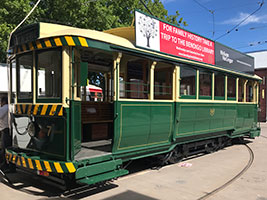