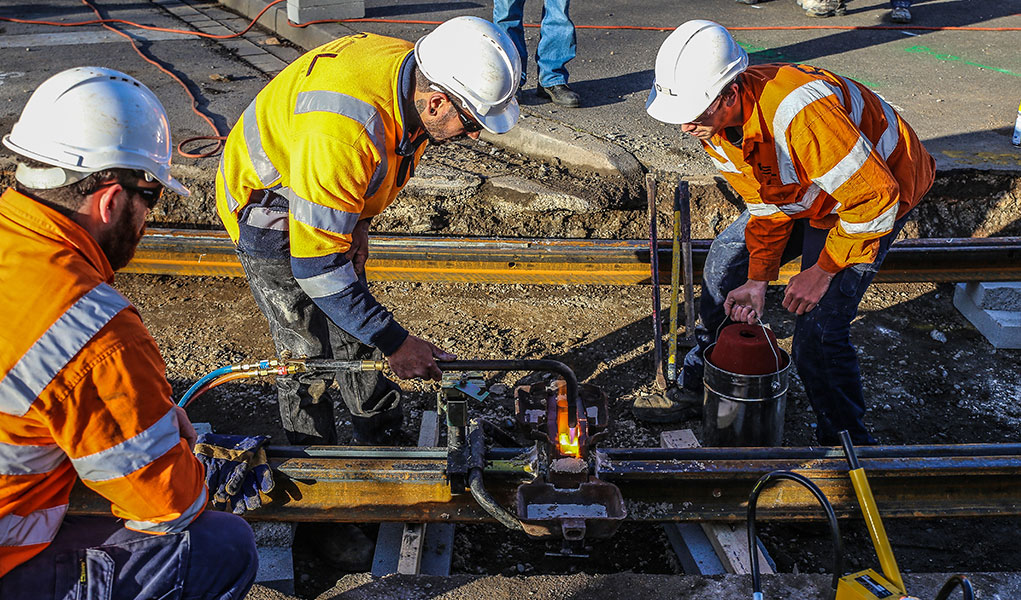 Track repairs along our iconic Vintage Talking Tram route took place on Saturday 25, Sunday 26 and Monday 27 November. Vintage Talking Tram Tours did not operate while the works were undertaken. The works involved the partial closure of High Street at the Sacred Heart Cathedral and Napier Street at Nolan Street.

City of Greater Bendigo Engineering Manager Brett Martini said the work was required because of excessive wear on the tram tracks.

Some sections of the Bendigo track network have not been replaced in close to 80 years.

The work involved the removal of existing rails, installation of new rails, and the reinstatement of the tracks' concrete bedding and road pavements. A special, fast-setting concrete was used so that the roadways could be re-opened in the shortest possible time.

Considerable planning went into this project to make sure any inconvenience to residents was kept to a minimum, but some sections of the track are very old and the work is an investment in the future of our historic tram network.

Whilst the works took place guided tours of Australia's oldest operating Tram Depot were offered for a gold coin donation and our Gift Shop was open, hosting Museum Store Sunday specials and events on Sunday 26 November.

This time-lapse footage was taken of the works to replace the curve on Nolan Street ...